Obinna Iyiegbu, Owner of the Cubana chain of Restaurants and Entertainment

Obi Cubana In EFCC Custody And Is Been Interrogated, Why?

Obinna Iyiegbu, popularly known as Obi Cubana, the Nigeria big name businessman of the Cubana chain of restaurants and entertainment personality, was reported to be arrested by the Economic and Financial Crimes Commission, EFCC, on the night of Monday, 31st October, 2021.

According to BBC pidgin, this information was confirmed to them via their unique source in the EFCC. Although it’s yet to be confirmed by the EFCC the reason for the arrest. However, it’s obvious that Obi Cubana is been held and interrogated at the EFCC Abuja branch.

The Eastern Nigeria personality, Obinna Iyiegbu, is a 46-year old business tycoon that hails from Oba, Anambra State. He’s been known for his big business empire and philanthropic deeds, raising a good number of millionaires from scratch. 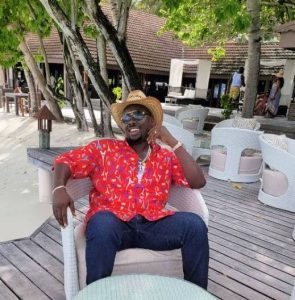 He’s large spending lifestyle can’t be overlooked, indeed, Obinna is also good at lavishing money. This was displayed evidently in July of 2021, during the burial of his mother in Oba, South of Idemili. Extravagant money was used to complete this event, millions of Naira to be exact.

As for the lavish spending of money during the burial, most Nigerians thought it was unholy and said all sorts of things. However, in an interview with the Cubana Boss, BBC pidgin was able to hear his response to the criticism. Iyiegbu stated that he had no control over how his guests decides on using their money. “It’s their money and they have every rights to use it as the want,” he said.

Even though it’s illegal, according to the Central Bank of Nigeria, CBN, Act regulation to spray the Naira currency, as it’s seen as abuse to the currency, even with a penalty of imprisonment and, or, N50,000 fine, Obi Cubana, at the time, never faced any. At least, none that’s known to the general public.

Nonetheless, we’d keep ears out to update you real-time about his current arrest and situation with the EFCC, if any news pops, that is.